How to legally murder a person in Australia, legal suicide

We amend Family Trust deeds to exclude foreign persons from being beneficiaries. However, we believe it is incorrect to have your initial trust set up to exclude foreigners. Instead, you should do a “Deed of Variation to Remove Foreigners” for the relevant States, as required.

We do not automatically exclude foreign persons. This excludes beneficiaries permanently. For example, your children may return to Australia.

In NSW the regulator has signed off on our amendments:

Even then, after you build the document you must submit it to the NSW State Revenue for its confirmation that it is acceptable – before you purchase or deal with NSW real estate.

Outside of NSW, we amend your family trust as a bespoke service

Other than NSW, we amend your trust deeds as a bespoke service. We tailor each family trust to exclude foreign persons. This is based on the applicable jurisdiction and where the real estate is held.

Legal Consolidated is one of Australia’s leading tax law firms – why can’t it amend the Family Trusts online to remove ‘foreigners’?

Regulators, outside of NSW, refuse to sign off on suggested wording. But the legislation is so ambiguous that we want the sign-off. For example, consider Victoria’s legislation of ‘foreign person’. Victoria foreign land tax surcharge rules refer to the trust’s ‘default beneficiaries’. (Sometimes referred to as ‘specified’, ‘takers in default’ or ‘named’ beneficiaries.) Changing a ‘default beneficiary’ is a fundamental change to the trust. This leads to a ‘resettlement’. The State Revenue Office of Victoria states that the trust was resettled and you have to pay stamp duty on all dutiable assets of the trust. The ATO also states it is resettlement and charges CGT on all trust assets.

What if a ‘foreign person’ beneficiary moves to Australia? Is a person holding an Australian permanent visa a ‘foreign person’? What if the trust holds land in more than one State. One amendment may invalid other amendments. This is new and unsettled law, and it changes in each State.

Can’t I just do one update to remove foreigners and it works throughout Australia?

Sorry. A ‘foreign person’ and how they treated is different in every State.

These are the considerations:

Additional rates of duty and land tax for ‘foreign trusts’?

Victoria: total stamp duty surcharge rate is 12.5% (5.5%, plus an additional 7%). Regarding land tax, additional land tax of 1.5% is payable on top of the land tax already payable.

Queensland: additional stamp duty, payable on top of the normal stamp duty (which operates on a scale), is 3%.

After I amend the Family Trust should I get a ruling from the State duty and land tax office?

Yes. Because of the ambiguity, even in NSW, you should send your deed to the regulator to get their confirmation, in writing, that your trust now excludes ‘foreigners’ for that particular State or Territory. If you don’t want to do that, then your accountant can do it for you.

For further help get your accountant, lawyer or financial adviser to email us the Family Trust to review.

Update the Family Trust for Bamford streaming only: 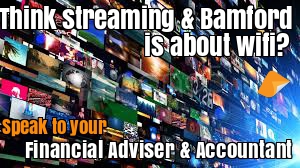 Or, update Bamford streaming PLUS update the rest of the Deed:

Instead, update for Bamford streaming PLUS the Deed PLUS update the Appointor & Trustee: 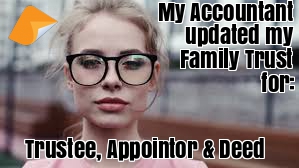 Or just update the Trustee: 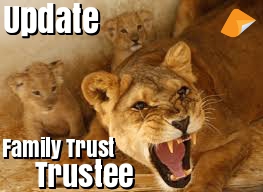 Or just update the Appointor: 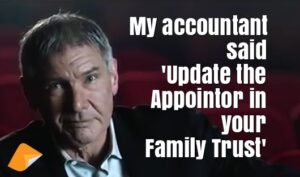 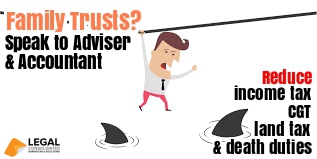 Deal with Division 7A (loan or UPE from your company to the Family Trust): 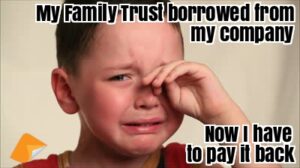 Or, to forgive the ‘loan account’ and UPEs (loans from humans to Family Trust): 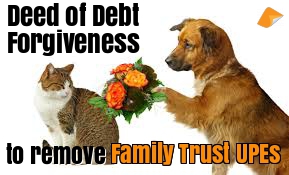 Change the name of your Family Trust: 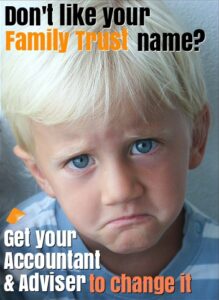 To wind up and vest the Family Trust, when you no longer want it: 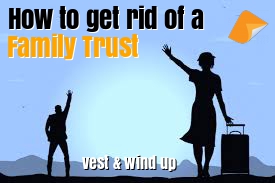 Telephone us for legal advice on building this document.