Disabled dad has $9m, two children and no Will – Statutory Will to the rescue

Accountants’ Exemption – who advises on your Super fund now? 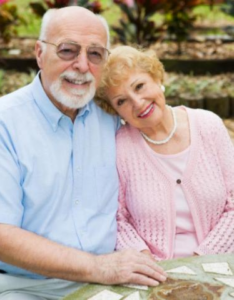 Grandparents get Court to write son’s Will

A Statutory Will is a Will written by the Court for you – before you die. Ten years ago Rolf suffered a ‘near fatal’ car accident. The Court said that from that moment on he had ‘no testamentary capacity, no current Will and no real or even remote prospect of regaining capacity’. At that time his partner deserted him and their two children.

Today, Rolf has no Will but has $9m from the insurance pay-out. The two children are now 10 and 13.

Under the rules of intestacy, his children, at Rolf’s death, would receive the whole of the estate in equal shares at the age of 18 years.

Court to the rescue

Rolf’s parents bravely approached the Court to draft, from scratch, a tax-effective Will for their disabled son. They wanted Rolf’s children to not get control of the money until 25 years of age. The court created a Will for Rolf:

(b) appointing a professional trustee as executor (I think this is a complete waste of money. The grandparents and auntie should have been made the executors. They would have done the job for free with a sympathetic approach that only comes from family members)

(d) setting up two Testamentary Trusts for the two children

(g) providing the residuary estate to Rolf’s two children to be held in trust for the children until they reach the age of 25.

Courts stand in Will maker’s shoes

The courts stand in the Will maker’s shoes. They are seeking to sit as a ‘wise and just testator’. For example, most people allow their children at 18 years of age to gain control of their deceased estate. However, if you have $9m then an age of majority put back to 25 seems reasonable. While a 3-Generation Testamentary Trust is more tax effective, even a basic Testamentary Trust saves the children a lot of income tax, Capital Gains Tax and stamp duty. Leaving a bit of money to the grandparents and auntie, who are very much hands-on with the children, seems fair.

This case warms my heart and shows the compassionate and caring side of the judicial system. I think we will see a lot more Statutory Wills in Australia. However, going to court costs tens of thousands. So it would be better for young people to make the effort to create tax-effective Wills, now. While they are fit and healthy. You also escape being forced to have professional trustees getting their snouts in the trough as executors.

You can read JW v John Siganto As the Litigation Guardian for AW & CW here.

As an Adjunct Professor, I lecture both the Estate Planning and Superannuation units at different universities. I have done so since 1999.
I have 7 degrees, 4 of them are in law including my doctorate. My research was on Estate Planning and succession planning.
You can build your Estate Planning online here:
1. Wills including 3-Generation Testamentary Trusts
2. Power of Attorney
3. Medical Power of Attorney
4. Contractual Wills Agreements – for 2nd marriages
Plus when you have a Family Trust:
5. Family Trust Update with succession planning
6. Deed of Debt Forgiveness to get rid of money the Family Trust owes the children
Plus when you have a Self-Managed Superannuation Fund
7. Update SMSF Deed or Update the Binding Death Benefit Nomination

See also Legal Consolidated’s article on Court re-writes Will to save tax.

You may find these cases of further help: