Even a pre-1985 family home can be subject to CGT

CGT on dead wife’s wedding ring. Faults in Will drafting.

CGT Family Home – that does not seem fair

Death and Probate Duties were abolished by 1981. However, in 1985 the Federal Government introduced Capital Gains Tax. CGT earns the Government more money on deceased estates in a single year than in the cumulative history of State death duties. 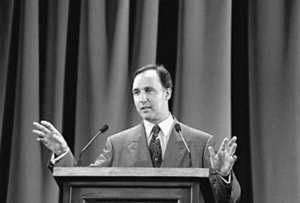 Paul Keating said: ‘no CGT on the home, death or pre-1985 assets’. All proved to be untrue.

The ATO is angry that the family home is exempt from CGT. It tries to claw your family home back into the CGT regime, whenever it can.

Intangible capital improvements made to a pre-CGT asset are separate to that asset. Including an improvement to a family home. The ATO confirmed this in Taxation Determination TD 2017/1.

The ATO Taxation Determination TD 2017/1 is entitled:
“Can intangible capital improvements made to a pre-CGT asset be a separate asset for the purpose of subsections 108-70(2) or (3) Income Tax Assessment Act 1997?” Even a pre-1985 family home can be subject to CGT.

What the ATO has decided for your family home

The Determination sets out the Commissioner’s position on whether intangible capital improvements can be a separate CGT asset from the pre-CGT asset to which those improvements are made. This is provided that the relevant thresholds are satisfied. Subsection 108-70(2) provides that if an improvement is made to a pre-CGT asset then that improvement is treated as a separate asset. This is if its cost base is more than the improvement threshold. The amount is indexed each year. For example, $145,401 is the amount for the financial year ending 30 June 2017: s108-85 ITAA 1997. Further, it must be more than 5% of the capital proceeds from the event. The ATO separates works undertaken on pre-CGT properties and subjects the improvements to CGT.

Let’s say you do an improvement (‘new asset’) on your family home. You then run a business from home. The new asset is subject to CGT. Therefore, you pay CGT on that new asset when you sell the home. The new asset, by law, forms part of your home. This would include a new bedroom or garage. But under CGT it is considered a separate asset. A very unfair outcome.

Accountants and Financial Planners can now build tax effective Wills on our law firm’s website. This seeks to wash out CGT in these instances.

Telephone us for more legal advice.